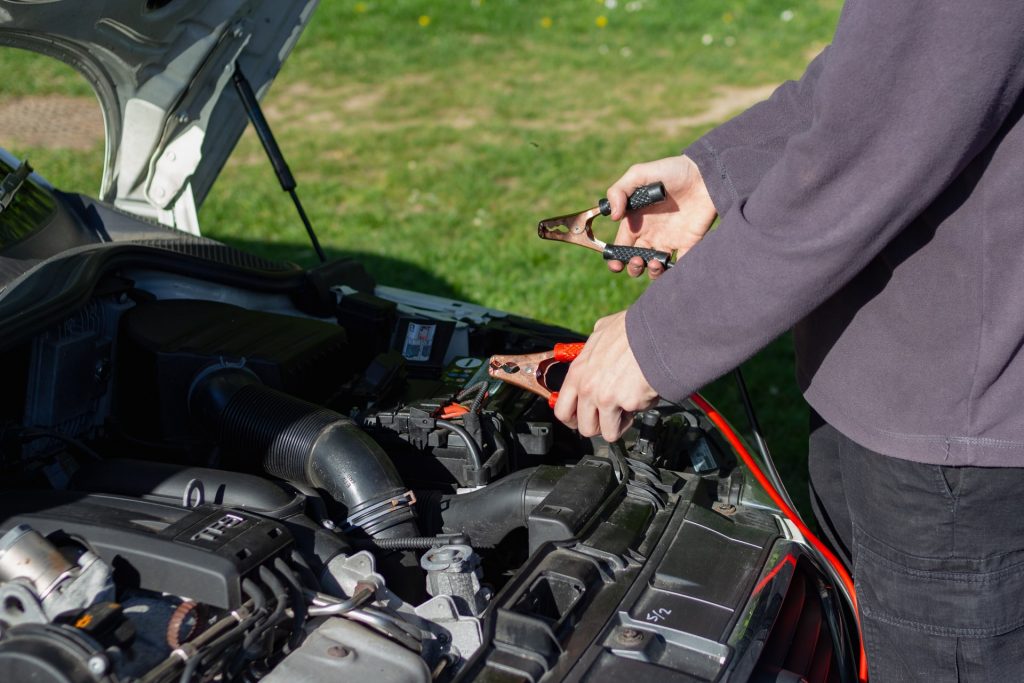 We’re all likely to experience having a car that won’t start at some point. Follow this simple guide to tell if it’s a dead battery causing the problem and then how to get it going. You’ll soon be on the road again!

How to tell if your battery is dead

Some indicators of a dead battery, when taken alone, could be symptomatic of several problems. These three signs combined, however, are a dead cert that you’ll need to jump start your car — and think about getting a new battery.

You’re likely to experience warning signs that your battery is in trouble before it gets to this point. These include:

What you’ll need to jump start a car

You don’t need much: just a pair of jump cables — usually costing between $20 and $35 — your car with a flat battery, and a vehicle with a fully-charged battery the same voltage as yours. Avoid drafting in an electric or hybrid car as these can cause damage.

Before you get started, check that the dead battery isn’t leaking or damaged and that the jump cables are in good condition and don’t get hot.

Think about what you’re wearing. Remove anything that could get caught in the engine, such as a scarf or tie, and take off metal accessories such as rings or watches. These could cause a spark if they touch the battery.

And it goes without saying, but don’t smoke or use a naked flame near either battery.

Jump start a car with cables

To jump start a car with cables, follow these steps:

How to jump start a car without cables

From a jump start to a bump start — this method, which only works for manual cars, may need a willing volunteer who isn’t afraid of a little exercise!

Will jump starting my car damage the electronics?

No, it won’t if it’s done properly. 12v batteries aren’t powerful enough to cause significant damage, and they often have anti-surge protection. But you can do damage if you don’t disconnect the cables in the order you attached them or if you remove them while the cars’ engines are still running.

Can a car battery be too dead to jump start?

No. All batteries can be jump started. A dead battery is just one that has no charge. Older batteries are less efficient at holding their charge, and, frustratingly, they’ll have you jump starting your car more often.

How often should you change a car battery?

Car batteries are designed to last between three and five years, but it’s not an exact science. Their lifespan depends on a range of factors. The battery is put under more pressure if:

A new battery should be on your ‘to do’ list if your car is taking longer to start or it’s unreliable — starting easily on some days and not on others.